The Lady Raiders scored 72.5 points edging Elk County Catholic (67 points) but 5 ½ points. Northern Potter was third with 48 points, Johnsonburg was fourth with 46 and last year’s champion Moniteau was fifth with 43.5.

Hummel was directly responsible for 20 of Brookville’s points and had a hand in 18 others as part of relay teams for the Lady Raiders.

Her and the boys’ James Manners Award winner, Ryan Thrush, also of Brookville, talked about their performances.

Hummel talked about becoming the fastest girl in District 9 after the win in the 100.

Brookville had one other champion with Megan Grant claiming the high jump title with a leap of 4-feet, 10-inches. The Lady Raiders also added a second-place finisher in the long jump with Madison Johnson leaping 16-5.

ECC, as it often does, scored a lot of its points in the distance races.

The Lady Crusaders also had a pair of championship relay squads.

ECC also had a PIAA qualifier in the shot put with Cassidy Cunningham throwing 40-3 ¾.

The shot put was won by North Clarion’s Tori Obenrader with a toss of 40-4 ½. It was one of three state-qualifying throws for the She-Wolves junior who was third in the discus with a toss of 113-1 and fourth in the javelin with a throw of 122-02.

Punxsutawney had a pair of champions as well with Kate Horner winning the 400-meter dash in a time of 1:01.28 and Sam Dyson winning the discus with a toss of 131-5. Dyson also had a state-qualifying throw in the shot put with a toss of 39-11 ¾ good for third place.

A-C Valley’s Emma Fox and DuBois Central Catholic’s Riley Meyers dueled it out in the hurdles with Fox winning the 100-hurdles in a time of 16.03 just ahead of Meyers, who finished in 16.06, and Meyers topping Fox in the 300-meter hurdles winning in a time of 46.41 with Fox running a 47.65. 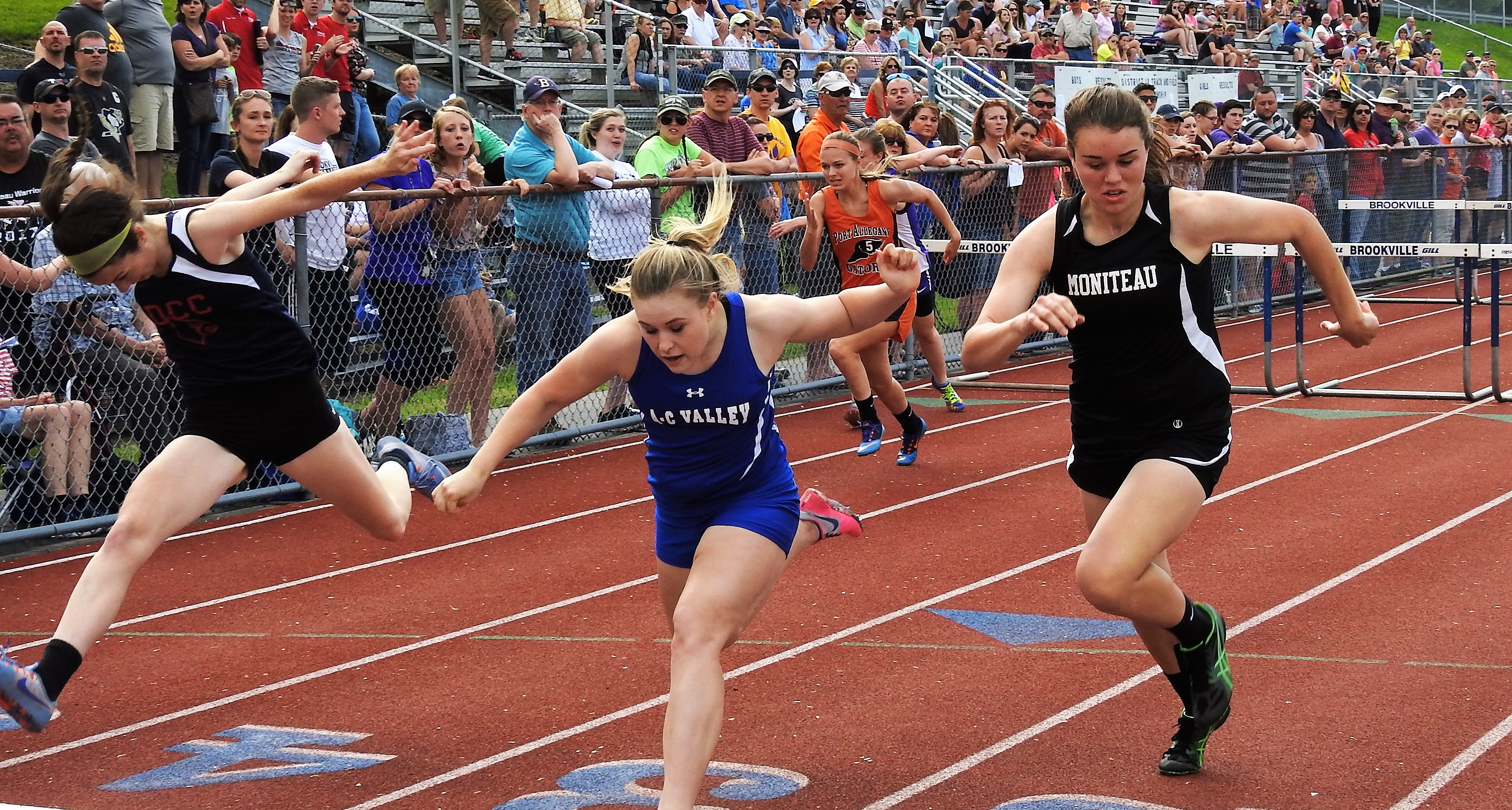 Johnsonburg’s Skylar Sherry won the javelin with a toss of 140-4. She talked about her victory.

Kane’s Trinity Clark, Moniteau’s Cambrie Campbell and Coudersport’s Adrian Page all qualified for the PIAA meet in a pair of events.

There were also three additional PIAA qualifiers in the 100 with Tiffany Bair of Otto-Eldred taking second (12.56), Gabby Stewart of Moniteau third (12.68) and Madeline Cowan of Johnsonburg fourth (12.70). Also, the Johnsonburg 4×100 relay team of Cowan, Erica Delullo, Cassidy King and Amanda Willaims ran a state-qualifying time of 50.80 to finish second.

Other PIAA qualifiers because of second-place finishes are:

Two additional second-place relay teams are also headed to the PIAA meet with Brookville 4×400 and Northern Potter’s 4×800 of Danielle Perry, Amanda Ford, Rebecca Morgan and Emma Ford finishing in a time of 9:53.53.