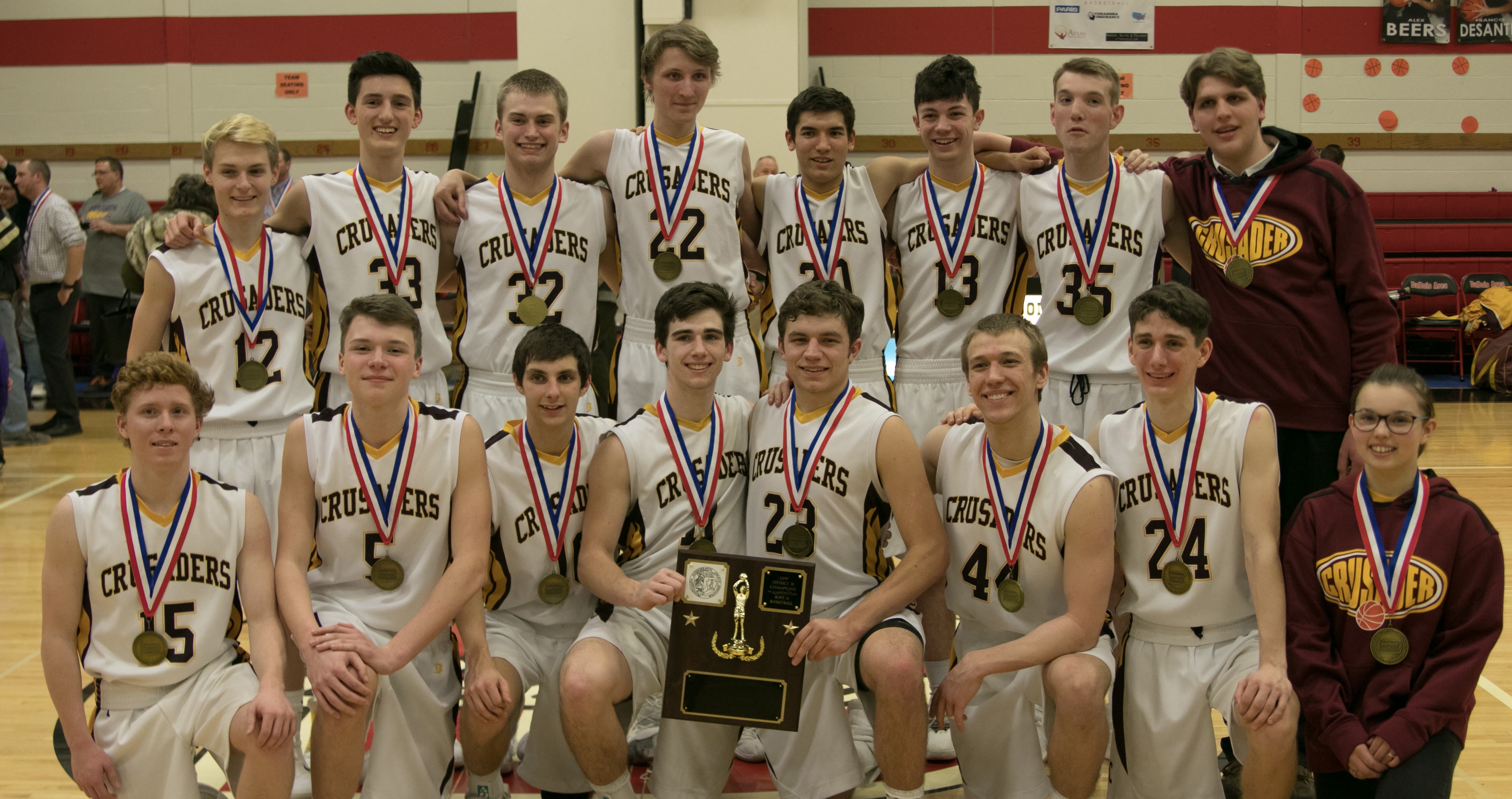 CLARION, Pa. – With two weeks to go in the District 9 basketball regular season, it’s time to take a look at how the potential seedings for the postseason tournaments will look.

(Photo: Elk County Catholic won the District 9 Class 1A title last season. The Crusaders are a pretty good bet to be the No. 1 seed in the 2020 tournament as well. Photo by Jared Bakaysa of JB Graphics. See more of Bakaysa’s work here)

Keep in mind that most teams have between three and five regular-season games remaining that could play havoc on the current seedings, and in some cases schools still need to make decisions as to whether or not they are even going to enter the postseason. D9Sports.com has not reached out to any schools to gauge the likelihood of them going to the postseason, so it is possible that teams that are mentioned here have already decided not to enter the postseason or that teams that aren’t mentioned here have decided to enter.

At this point, this is all just an educated guess as to how the seedings MIGHT turn out.

We believe this will be an eight-team tournament with A-C Valley, Austin, Cameron County, Clarion-Limestone, Elk County Catholic, Johnsonburg, North Clarion and Otto-Eldred the most likely teams to make the field. There is a chance Northern Potter also decides to enter.

We believe this will be a six-team tournament with Clarion, Karns City, Ridgway and Smethport. There is a chance Port Allegany could elect to go as well.

All three District 9 Class 3A boys’ team – Brookville, Kane and Moniteau – should enter the tournament.

DuBois will play in a subregional tournament with District 10 and District 8. Not enough information is available on this subregional to make a guess at the seedings.

Four teams are locks for the postseason – Coudersport, Elk County Catholic, North Clarion and Otto-Eldred with four others on the cusp including Union, Smethport, Northern Potter and DuBois Central Catholic. The best bets out of that group are Union and DCC although the other two very easily could decide to enter or play their way in as well.

This looks like a lock for an eight-team tournament with Brockway, Clarion, Cranberry, Kane, Keystone, Port Allegany, Redbank Valley and Ridgway. Of all the seeding projections, this is the one that is the most fluid that we have the least amount of confidence in because of how close all eight teams are to each other.

Brookville and Moniteau are the two most likely entrants here although there is a question mark on whether or not Moniteau will meet the school requirement of .500 vs. all KSAC opponents.

Punxsutawney and St. Marys are definitely entering and there is a better than even chance Bradford enters as well.

DuBois is the lone Class 5A school in District 9 and will play in a subregional with Districts 6 and 8. Not enough information is available on this subregional to make a guess at the seedings.