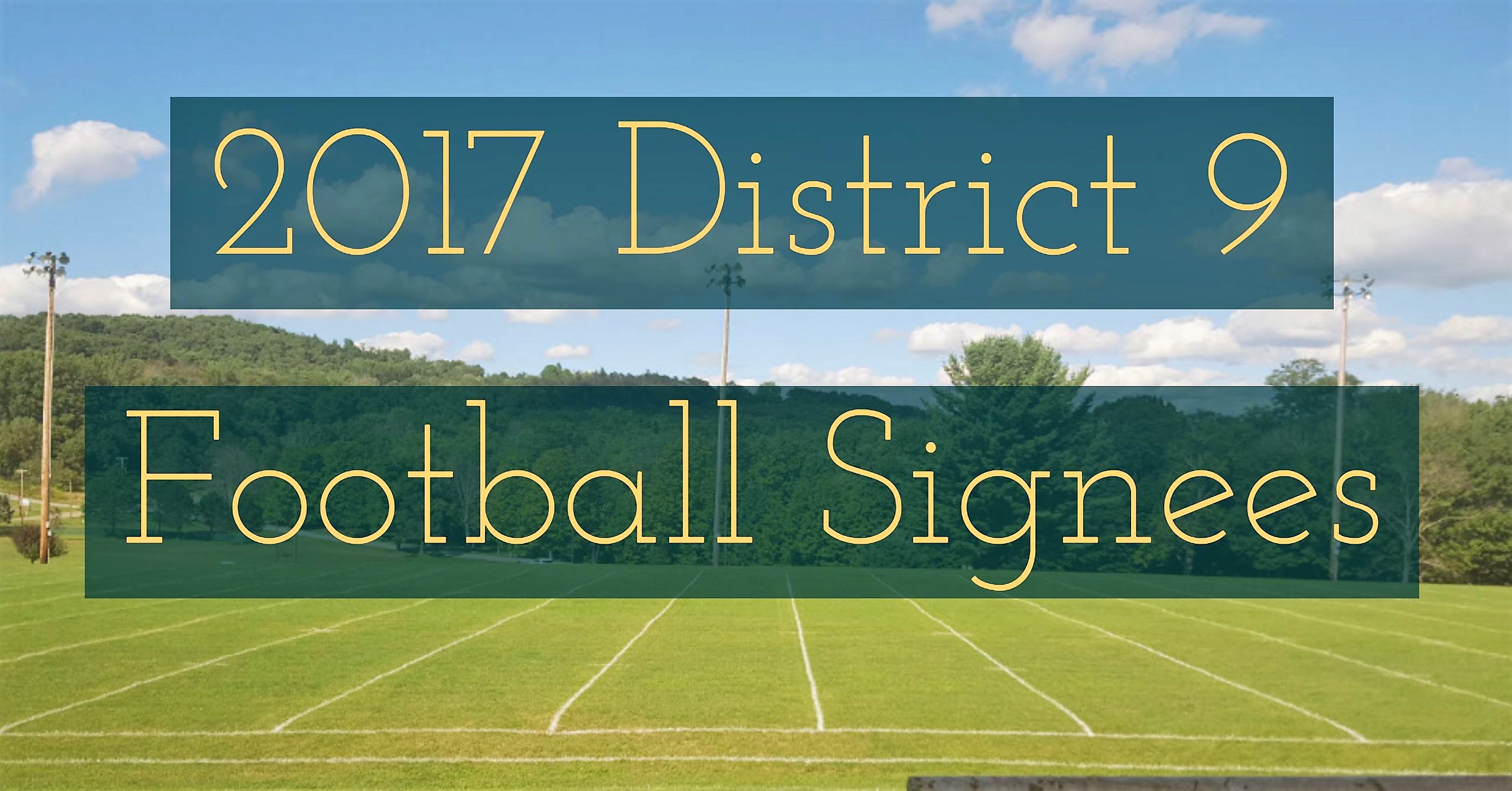 SHIPPENVILLE, Pa. – A handful of District 9 football players have informed D9Sports.com that they have signed National Letters of Intent to play college football.

Ryan Lezzer of Clearfield is the lone District 9 player heading to an NCAA FBS school. Lezzer committed to play at Western Michigan, which went undefeated during the regular season before losing to Wisconsin in the Sugar Bowl .

Karns City’s Dalton Jones is going to Malone, Otto-Eldred’s Seth Drummond is headed to Gannon and DuBois’ Ryan Pasternak is continuing his career at Edinboro.