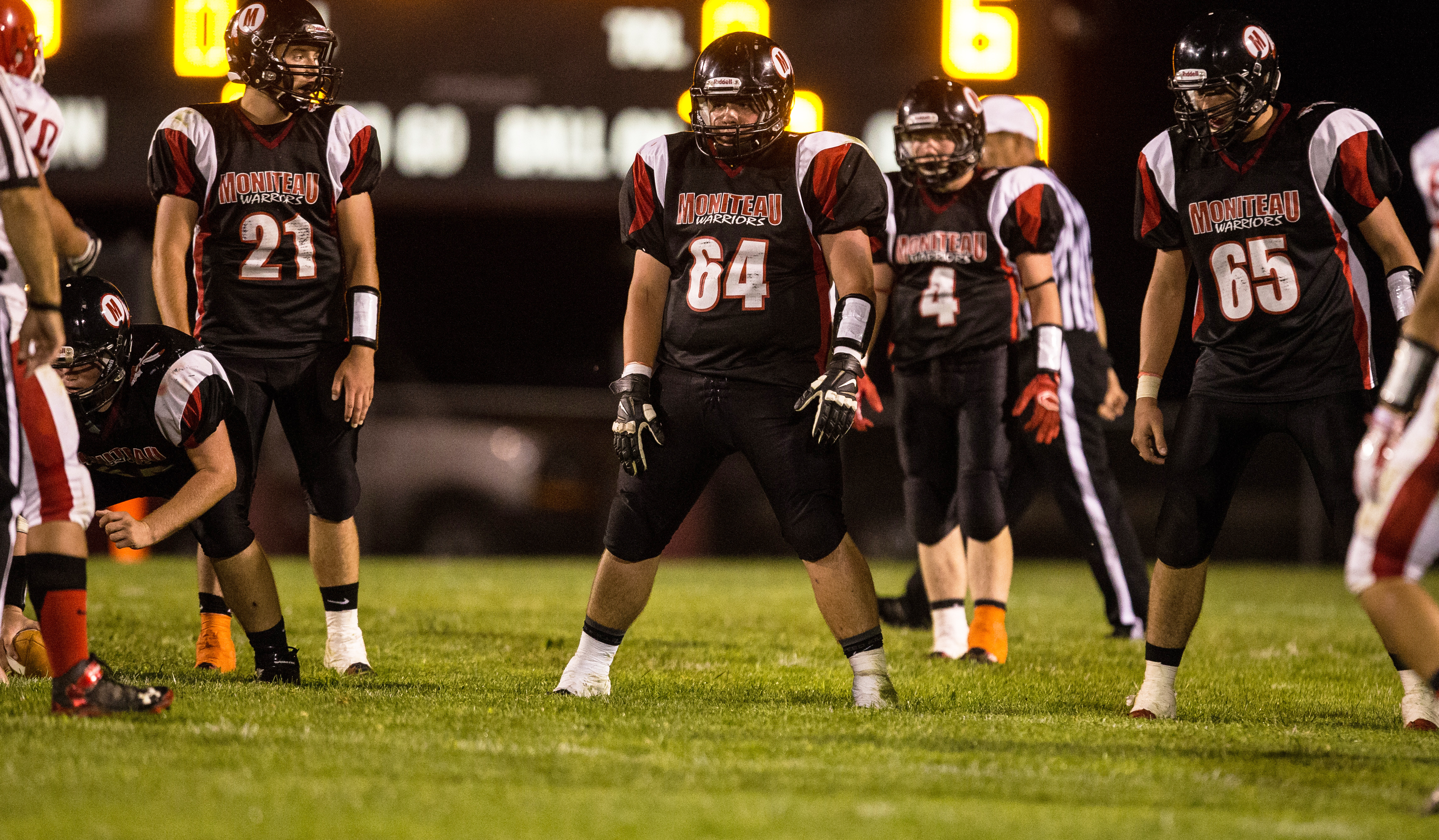 CLARION, Pa. – The Week Three D9Sports.com District 9 Football Player of the Week is actually Players of the Week with the entire Moniteau offensive line in addition to running back Josh McBride and quarterback Cody Skiver earning the honors after helping the Warriors roll up over 700 yards of total offense last week.

The line, featuring starters Shonn Kline, Brendon Stamm, Sean Hall, Brantlee Alexander, Vance Noah and tight end Derek Boben opened up holes that allowed Moniteau to rush for 680 yards on 60 carries – over 10 yards per carry – and seven touchdowns in a 48-12 win over visiting Port Allegany Friday night. That included a pair of 200-yard rushers in McBride, who ran 22 times for 373 yards and two touchdowns and Skiver, who ran 22 times for 201 yards and two touchdowns. In all, the Warriors racked up 721 yards of total offense with Skiver adding 41 yards of passing to his rushing total.

Joining the Moniteau players in being honored are 15 players on the Week Three 2014 District 9 Honor Roll.