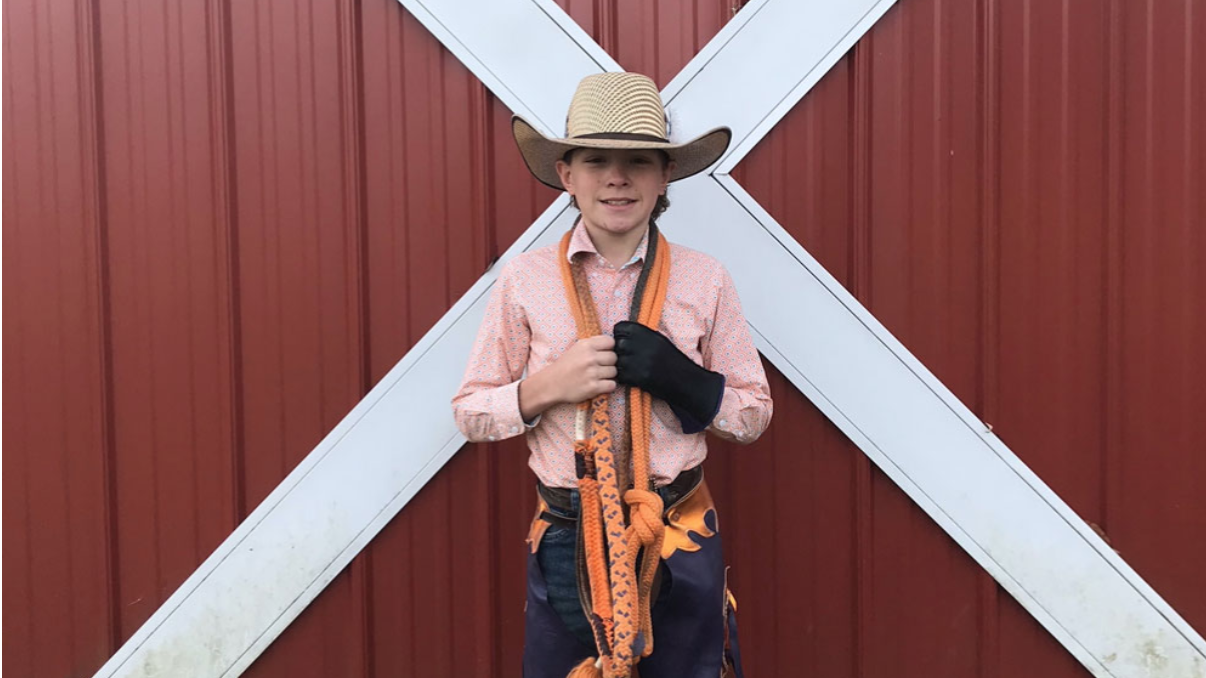 KNOX, Pa. (EYT) – A local student is currently preparing to travel to Fort Worth, Texas, to compete in the World Junior Bull Riding Finals.

Keystone Junior High eighth-grader Cody Heller has been interested in bull riding since he was just five years old. A long-time 4H member, he has shown animals at the State Farm Show for years and always watches the high school rodeo even there.

“This past year, when he was down there, he stopped at a stand that was advertising a school to learn to ride bulls,” Cody’s father, Marcus Heller, told d9sports.com.

The school interested Cody so much that he sold his own whole hog sausage and pooled that money with money he had saved in the past from selling other 4H animals to pay for it.

The program was initially set for March but was pushed back to May due to the ongoing COVID-19 pandemic. Despite the delay, Cody jumped in with both feet and ended up impressing his instructors.

“They said he should keep doing it because he did really well for his age,” Marcus Heller added.

That event was where things began to fall into place, as Cody ended up qualifying for the Junior World Finals where he will have the opportunity to compete against approximately 20 other riders in his age group selected from across the nation. “He is really excited about going.”

After qualifying, Cody was able to work preparing and finding sponsors to back him.

Cody and his family will be flying out to Texas on Tuesday, December 1, and Cody will get his assigned number on Wednesday, then ride on Friday and Sunday. If he makes the top ten in his age group, he will get the opportunity to participate in the Championship Final on Monday.

The event will be broadcast on television and will also be available via live stream online.

“Cody is really excited about that part of it,” Heller said, noting they recently saw a commercial for the broadcast.