Rolick hurdle was illegal, but should it be? 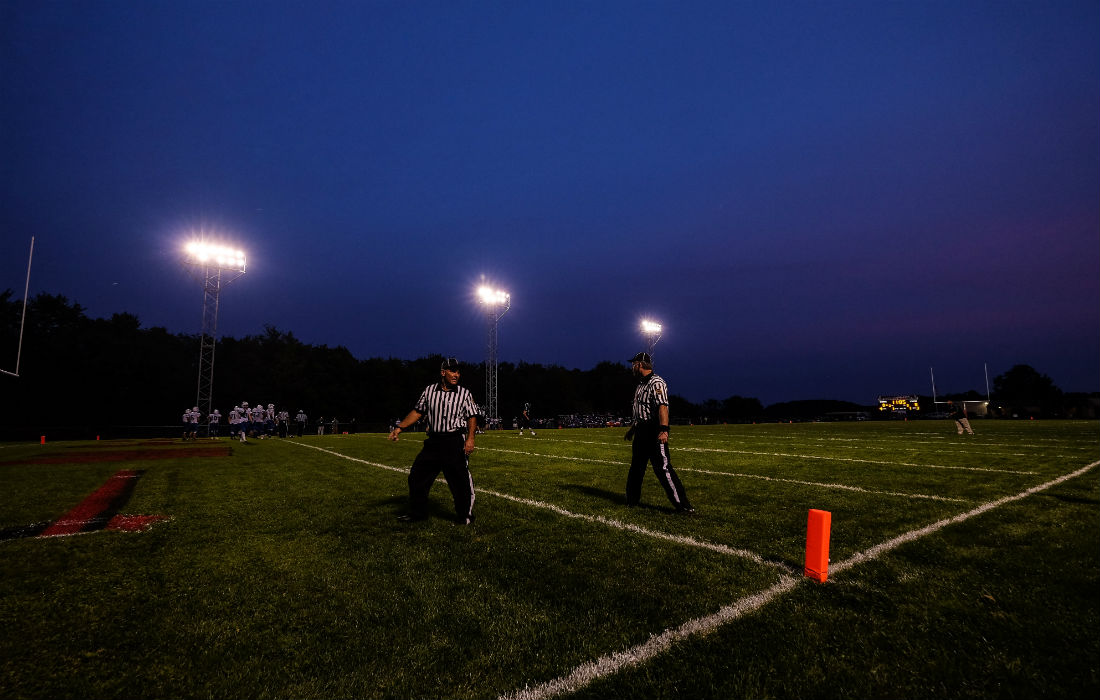 As pointed out to D9Sports.com on our Facebook page, the hurdle that Kane’s Shane Rolick did over the Curwensville defender in Saturday’s District 9 Class A is illegal and should have been flagged for a 15-yard penalty.

But should it be?

Over the past five years there has been a lot of debate in the media over high-school football players hurdling an opponent and getting penalized for it.  So much so that in 2013 Deadspin.com ran a story on one of the plays.

According to the Deadspin article, in 2012, the NFHS considered changing the rule but in the end decided not to with this explanation being posted on Eastern Connecticut Association of Approved Football Officials website.

” Hurdling (Point of Emphasis): In 2012, the committee had requests to change the hurdling rule and eliminate it as a foul. By definition: “Hurdling is an attempt by a player to jump (hurdle) with one or both feet or knees foremost over an opponent who is contacting the ground with no part of his body except one or both feet.” This is an Illegal Personal Contact Foul (NFHS Football Rule 9-4-3d) and carries a 15- yard penalty. Recently, national and local media have identified some of these plays at the collegiate and professional levels as “spectacular feats” and glorified the individual’s athletic ability instead of pointing out the heightened potential for harm. Little regard has been given to the fact that attempting to “hurdle” a defender increases the risk of injury to both the hurdler and tackler! The NFHS SMAC requested that this rule not be changed and backed up its request by showing several incidences where players were severely injured while attempting this act! The NFHS Football Rules Committee concurred with the SMAC and did not change the hurdling rule. In addition, to focus on the dangers associated with hurdling, it has been included as a Point of Emphasis for the 2012 season. The emphasis on this illegal act supports the committee’s ongoing attempt to minimize the risk of injuries in high school football. Coaches must teach their players of the inherent dangers associated with this illegal act, and game officials must call it when observed.”

While we respect the NFHS’s concerns over safety and believe that things like spearing and targeting should be illegal, at some point sports still need to be about sports and athletic feats. And hurdling a player is an athletic feat. Judging by the reaction of fans and players alike Saturday, plays like Rolick made Saturday are what people pay to see. And taking them out of football in the end only ruins the game.

At some point, as a society, we have to realize that football is a violent game and people will unfortunately get hurt sometimes. We can’t legislate out all injuries no matter how much we think we can, and if, in the process of trying to legislate out injuries we take away from the game – and making hurdling illegal definitely  takes away from the game – then we have to ask ourselves what the real end game is here.

Simply put, hurdling a defender is an athletic feat and if you are going to make it illegal like the NFHS has done then you may as well make tackling illegal. But then again, maybe that is the ultimate goal of some. Because it sure feels that way.