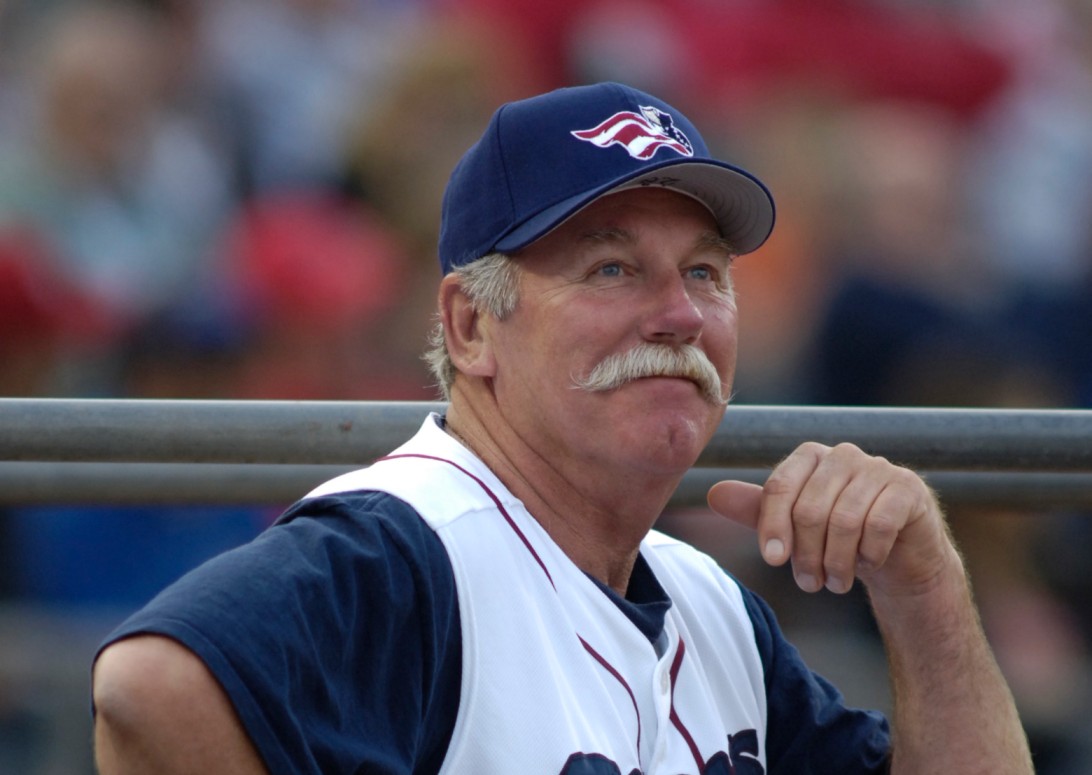 People may know Sparky Lyle for his three All-Star selections, his two World Series rings, his Cy Young Award, his light beer commercials, his sense of humor, and many other attributes and accolades. While it is easy to associate all of this with Sparky Lyle, the most important attribute that can be discovered from a conversation with the baseball legend are his people skills and storytelling ability.

In my career, I have been fortunate to interview a wide selection of athletes from various sports, abilities levels, and walks of life. Landing an interview with this MLB legend is certainly one of the more notable ones in my career, and the interview and exchange we shared lived up to the hype.

All it took was to read some of his clubhouse stories about antics he used to pull along with watching the Miller Lite commercials he appeared in to know he was full of personality and energy. Even in his 70’s, Lyle was excited to talk with a small-town kid about his journey from Reynoldsville to the major leagues.

Growing up in Reynoldsville, Lyle played football and basketball in addition to baseball. He did not have the luxury to have a Legion baseball team in his hometown, but he made the most of it by commuting to DuBois to play Legion ball there. When pitching in Legion ball, he was consistently striking out double-digit batters in each start. Once, he even struck out 31 batters in a game in an extra-inning thriller. “My coach took me out and moved me to first base for a few innings,” explained Lyle. “He put me back in to close the game, and I struck out 31 in that game pitching 12-14 innings in that game, and we won.”

While Lyle was mowing down hitters, he knows there were people who did not believe in his abilities.

“My father is the one who first told me that there were people from the area that thought I would not make it in baseball.”

When asking Lyle if it fueled his fire, he said, “No, because I was always someone who believed in myself and my ability as a pitcher.”

The year 1964 was a kind one to him as he was discovered by the Baltimore Orioles, who signed him to a minor league deal for that summer. Later that year, he was snagged by the Boston Red Sox in the Rule 25 draft. “The Orioles wanted to keep me, but they could not match the offer the Red Sox put in to get me.”

Being in the Red Sox organization may have been the best thing that could have happened to Lyle as it was with the Red Sox he got to meet one of his biggest baseball mentors, Ted Williams. Williams is one of the greatest players of all time, in addition to being one of the sharpest minds the game has ever seen. It was Williams who once called Lyle over after a game to offer some advice and wisdom. In the conversation, he told Lyle that if he developed a slider, he would make the big leagues. While this proved to be true, the problem was Lyle did not know how to throw it, and Williams did not show him how to either.

For a few weeks, Lyle hoped to figure out the proper grip and technique to develop the pitch. While sleeping in a garage he was renting, Lyle was up late at night and could not sleep.

“It was about three in the morning,” Lyle explained. “I slept with a baseball in my bed, and I couldn’t sleep that night. I was practicing different grips hoping to discover a slider. That night, I just figured it out and then couldn’t sleep because I was so excited to go to the ballpark the next day. I told my catcher that morning at practice I was going to throw a slider, and he replied back that I did not have a slider. I threw it, and it broke so far that the catcher missed the ball, and it hit him in the foot.”

After discovering this pitch, the Jefferson County native catapulted and ended up spending 16 seasons in the major leagues. Along the way, he pitched for the Red Sox, Yankees, Rangers, Phillies, and White Sox. He won back-to-back World Series titles with the New York Yankees in 1977 and 1978 while also winning the Cy Young award in the ’77 season. In his career, he led the American League in saves in 1972 and 1976 and was selected to the All-Star Game in 1973, 1976, and 1977.

“When pitching, my slider exploded on the hitter. I was facing a rookie late in September with the White Sox, and this rookie hit a home run foul and out of the park off of me. It was common that I gave up some home runs and even some foul home runs, but out of the park, that was the first time. I called my catcher over and asked him if the slider exploded on the hitter, and he told me it did not move the same way. It was then that I knew this would be my final season as a player.’

After retirement, he was a part of commercials, autograph sessions and watched baseball from afar as a fan. He loved the game with a high amount of passion, and one day, his career in baseball would be changed forever. Living in New Jersey, he was put in contact with the owner of the Somerset Patriots. After some discussions, it was determined that he would become the newly found team’s first manager. He was at the helm from 1998 until 2012 and managed the Patriots to five pennants in his tenure. Today, he still remains with the organization as the manager emeritus. Recently, the New York Yankees partnered with the Somerset Patriots, and the Patriots are now the Double-A affiliate of the Yankees. Previously, the team was a member of independent baseball. However, Lyle saw several hundred ballplayers and helped many get another chance in the minor or even major leagues.

In addition to his playing and managing, he also has co-authored two novels, The Bronx Zoo and The Year I Owned the Yankees: A Baseball Fantasy. He was also employed by a casino in Atlantic City during the time between retiring from competition and managing the Somerset Patriots.

The native of Reynoldsville does not return to Jefferson County often, but he still has family in the area. When asking him what Jefferson County gave him, he listed a few key attributes that many from the area would likely list.

“Being from a small town was one of the biggest things that helped me in my sports career. I always felt like I knew how to deal with people and had good people skills. I view that as a great thing.”

Finally, the former All-Star talked about the toughest thing about being a professional athlete that many people may not think about.

“I think the toughest thing about it was not the travel or playing a ball game every day because I was a relief pitcher, and I enjoy traveling. The hardest part was staying and maintaining the excellence of being a top athlete. I had to do things to get hitters out correctly for 16 straight seasons, and maintaining that is difficult.”

Through it all, Sparky Lyle maintains a humble baseball legend with a lot of love for his hometown. He has seen various changes in the game of baseball and is still to this day as big of a fan of the game that there has ever been. His contagious laugh and storytelling ability is something that can be admired by all after just a short conversation with the former Cy Young Award-winning southpaw. His impact both as a player and manager is immeasurable, and the impact he has made on the game is still growing to this day.