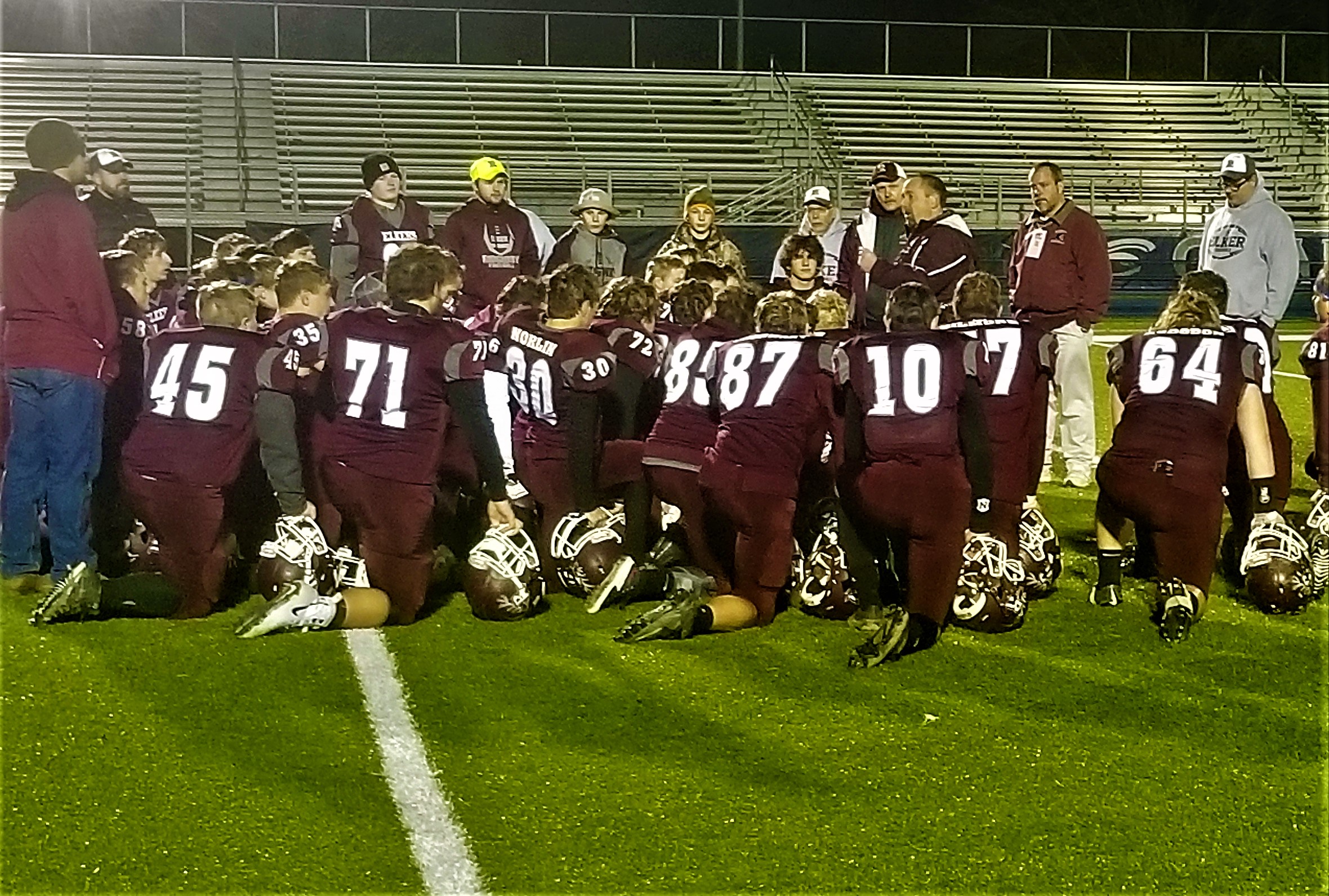 After a turbulent offseason dominated by coronavirus concerns, high school football is finally back. Because of the virus, the format of the 2020 season has changed.

The Large School Division will now be further divided into “North” and “South” divisions, while the North and South Small School Divisions have both undergone changes. The divisions for this season are listed below:

Ridgway is the clear favorite in the North Large School Division. Kane and St. Marys have the best potential to contend with the Elkers, while Bradford looks to bounce back from a rough 2019.

Coudersport is the top dog in the North Small School Division, with Elk County Catholic likely providing the stiffest test for the Falcons. Cameron County, Otto-Eldred, Port Allegany, and Smethport struggled last season, and they will all look to assert themselves in their new division.

The newly-minted Central Clarion squad is one of the favorites in the South Large School Division, but they should face stiff competition from both Karns City and Brookville, the latter of which possesses an explosive passing attack. Moniteau and Punxsutawney had young teams last season that should benefit from their added experience, while DuBois enters District 9 after departing from District 10.

Redbank Valley is among the best in the South Small School Division, but Union/A-C Valley and Keystone are also poised to make a run for the title. Brockway is a wild card, as they drop down to the Small School Division after going 2-7 last year in the Large School Division. Sheffield had an up-and-down 2019, and will look to rebound this season.

Week One Game by Game

In their first game with the new name, Central Clarion kicks things off when they host Punxsutawney at Clarion-Limestone. Central Clarion graduated 1200+ yard rusher Austin Newcomb, but they retain quarterback, Cal German, who threw for 2300 yards last season. German’s favorite target, Ethan Burford, also returns for a Wildcats team who should possess a top-tier passing attack to go alongside their always efficient running game.

The Chucks have a more experienced offensive line that should help them offensively and defensively. Quarterback/running back/wide receiver Kameron Falgout is set to start under center, and his athleticism will help drive Punxsutawney’s offense.

One Thing to Watch: A big early season question for Central Clarion is how they will replace their graduated starters on the offensive line. The strong Punxsutawney D-line should provide the Wildcats with a firm early test of their strength and composure.

Brookville returns star quarterback Jack Krug, who threw for 2200 yards and rushed for a team-high 400+ yards last season. The Raiders also return two of their top three receivers in Kyle Macbeth and Robert Keth, as well as Elliot Park and Nathan Taylor, who both registered seven sacks in 2019.

DuBois enters their first season in District 9, and they will need to replace a high number of departed seniors on both offense and defense. Zach Shilala and Dale Kot are strong returners at wide out, while Cam-ron Hays looks to build off his late success last season under center.

One Thing to Watch: Despite possessing a strong offense the last few seasons, injuries have disrupted Brookville’s rhythm, preventing them from challenging for the title. Look for Brookville to utilize their passing attack to make a big statement right out of the gate, putting fellow competitors Central Clarion and Karns City on notice.

The Moniteau Warriors look to rebound after their 3-7 season in 2019, and their veteran offensive line will be key in the Warriors’ return to form. Matthew Martino should be an impact player on both the offensive line and on defense, while JD Dessicino looks to improve upon last year’s 700+ yard season on the ground.

Karns City has an incredibly strong line as well, but they will need to replace dual-threat quarterback Anthony Kamenski. Both Brayden Christie and Eric Booher are competing for the quarterback job as the Gremlins look to further improve their passing offense. The strong Gremlins’ defense is back at full health, and linebacker Nathan Waltman should be an x-factor for Karns City this season.

One Thing to Watch: Karns City was heavily reliant on the rushing game last season, and coach Joe Sherwin has indicated that he wants a more balanced offense in 2020. Will we see this new style in the opening game? If so, will the shift allow for better offensive rhythm for the Gremlins?

Redbank Valley returns most of their offense and defense, including all-state defensive end Joseph Mansfield, who had 11 sacks last season. Quarterback Gunnar Mangiantini is back and healthy after throwing for 750 yards in eight games in an injury-shortened 2019, while feature back Ray Shreckengost looks to improve upon a successful sophomore season.

Curwensville struggled last season, but they return almost all of their core players for 2020. Quarterback Danny Mcgarry, running back Duane Brady, and receiver Jake Mccracken have an additional year of experience under their belts for a Curwensville team that should be more competitive this season.

Brockway drops down to the Small School division in 2020, but they return defensive standout Seth Stewart, who had five sacks last season as a freshman. Leading receiver Benjamin Glasl also returns for a Rovers team that will look to find their offensive identity this season.

Union/A-C Valley shocked District 9 last season, defeating Redbank Valley to win a share of the district title. They will look to replicate their success this season, as Kylar Culbertson, Caden Rainey, and Eli Penny all return. Culbertson emerged as the top back last season, rushing for 480 yards, while Rainey led the team in receiving yards. The Falcon Knights are a veteran squad, and will be a difficult matchup for any opponent.

One Thing to Watch: Brockway struggled offensively last season, but they were able to put up points against teams without elite defenses. The opener will be a big test for the Union/A-C Valley defense. Can the Falcon Knights make an early statement by shutting down a Brockway team that will be eager to start off strong in the Small School Division?

Sheffield struggled last season, going 2-7 overall. The change in division alignment doesn’t help the Wolverines, who went 0-3 last season against this season’s opponents. Sheffield will need an improved defensive performance if they wish to take down Keystone, who defeated the Wolverines 57-0 last season.

The Keystone Panthers had a breakout year in 2019, going 9-2 and winning a share of the regular season crown. The two-headed monster of Nick Weaver and Taylar Altman returns this season, and they will hope for another 2000+ yard season. On defense, Keystone loves to create turnovers. Last season against Sheffield, the Panthers set a state record with eight interceptions in one game. Zander McHenry leads the Keystone defense, snagging six of Keystone’s 20 interceptions.

One Thing to Watch: To contend with Keystone, Sheffield needs to limit their turnovers. Although it’s unlikely that Keystone will match last season’s interception number, even a few turnovers would play into the hands of a Panthers squad that loves to run the ball. Look for Keystone to take advantage if Sheffield is not careful with the football.