After One Year Away Because of Concussion, Kopnitsky Returns to Central Clarion Football Team to Help Wildcats to D9 Title 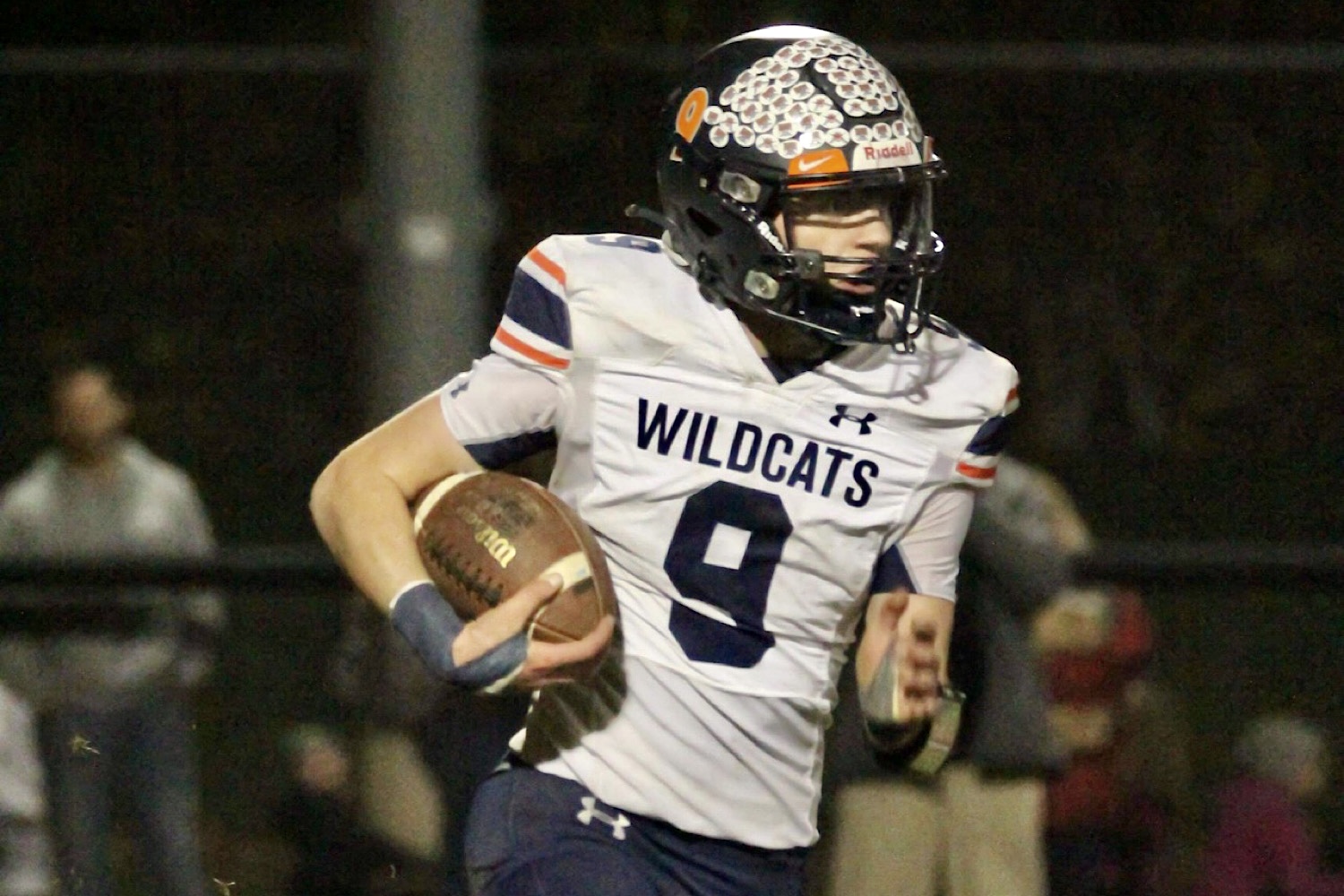 CLARION, Pa. (EYT/D9) — Connor Kopnitsky didn’t feel much like himself.

A severe concussion put an end to his sophomore season for the Central Clarion football team two years ago.

The lingering effects of that head trauma cost him another year.

“I got hurt halfway through the season and I just hung it up there,” Kopnitsky said. “I felt like (the concussion) changed me. I just wanted to take a year off. I just didn’t feel like coming back. I didn’t feel like I was right.”

It didn’t take Kopnitsky long to discover he had made the wrong choice.

He missed football. He missed his teammates even more. When Central Clarion got off to a disastrous 0-4 start in 2021 before turning things around, Kopnitsky felt even more remorse that he didn’t return to team.

“I regretted even taking the year off,” he said. “I felt like I let the team down and it wasn’t right top leave like that. I wanted to at least play my senior year. I wanted to come back this year and do my best.”

After a slow start in his return, Kopnitsky has made a big impact for the Wildcats, who beat Brookville, 35-0, on Friday night to win their first District 9 Class 2A championship since Clarion-Limestone joined the football consolidation with Clarion and North Clarion four years ago.

The 6-foot, 160-pound senior running back had just three carries for eight yards in the season-opener against Brookville and didn’t even get a rushing attempt in Week 2 against Port Allegany.

But in Week 3 against Union/A-C Valley, he had a breakout game, rushing eight times for 83 yards — including a 50-yard TD.

As time went on, he emerged as the No. 1 back in an offense that is averaging a shade more than 40 points per game this season.

There was quite a bit of rust for Kopnitsky to shake off first.

There was also some searching for his role on the team.

“When he started the year, I think Connor was a little hard-headed. He thought he was gonna run a lot of jet sweeps and stuff,” said Central Clarion coach Dave Eggleton. “We’re more of a spread team this year as opposed to the wing-T, so we finally got him taking some reps in the backfield, and just from there, he took off.”

With outside receiving threats like Ashton Rex, Dawson Smail and Tommy Smith and a quarterback in sophomore Jase Ferguson having a monster second season at the helm, Central Clarion has become very much a pass-first team this season.

That’s not to say the Wildcats will shy away from the run if the defense gives that to them.

Running lanes have opened up for Kopnitsky as teams have become reluctant to bring a safety down into the box to help stop the run because of Central Clarion’s gamebreaking speed at wide receiver.

“That Union/A-C Valley game, he just exploded,” Eggleton said. “We knew the potential was there. It was just getting through to him to learn the position and embrace it and that’s what he’s done.”

For Kopnitsky, playing in this kind of offense is a dream come true.

Opponents have to pick their poison — try to put the clamps down on the pass, and let Kopnitsky slice through them.

Kopnitsky said every time Central Clarion gets the ball, he expects good things to happen.

He and the rest of the Wildcats (10-1) hope that holds true in the first round of the PIAA Class 2A playoffs on Friday when they take on unbeaten District 8 champion Westinghouse (11-0) at Cupples Stadium in Pittsburgh.

“I just know one way or another, we’re gonna score,” Kopnitsky said, smiling. “If it’s not Ashton, it’s one of our other receivers or back. We just have a great group of guys.”